The project focuses on the system of public spaces that follows the major directions of pedestrian flow. The proposal ensures a succession of thematic public squares that meet various functions specific for a capital county central like: representativity, agora, urban garden and commercial forum. Morphologically, the pedestrian axis can be compared to a traditional Oltenian carpet used in general for covering transit areas around the house.

A main car-free axis is connecting the entire central area of the city on a North-South direction. This is the backbone ot the masterplan, bringing people to the city’s main landmarks: Olănesti river (1), the commerce (3) and mall cluster (2), Mircea cel Bătrân square and park (4), followed by a new Civic Centre (5), with a dense functional mix. The axis is continued to the north with a new culture cluster complemented by already established education functions.

The project exploits site topography hiding public equipment such as parking and large commercial spaces under a green levelled public space. Following existing traffic studies in the area, car traffic is regularized by oneway streets and timed traffic lights. Calea lui Traian and Regina Maria intersection, the bussiest in the city, will be fitted with an “X-Crossing”allowing pedestrians to freely transit from Mircea cel Batran Square to the mall and Olanesti River, in the South. 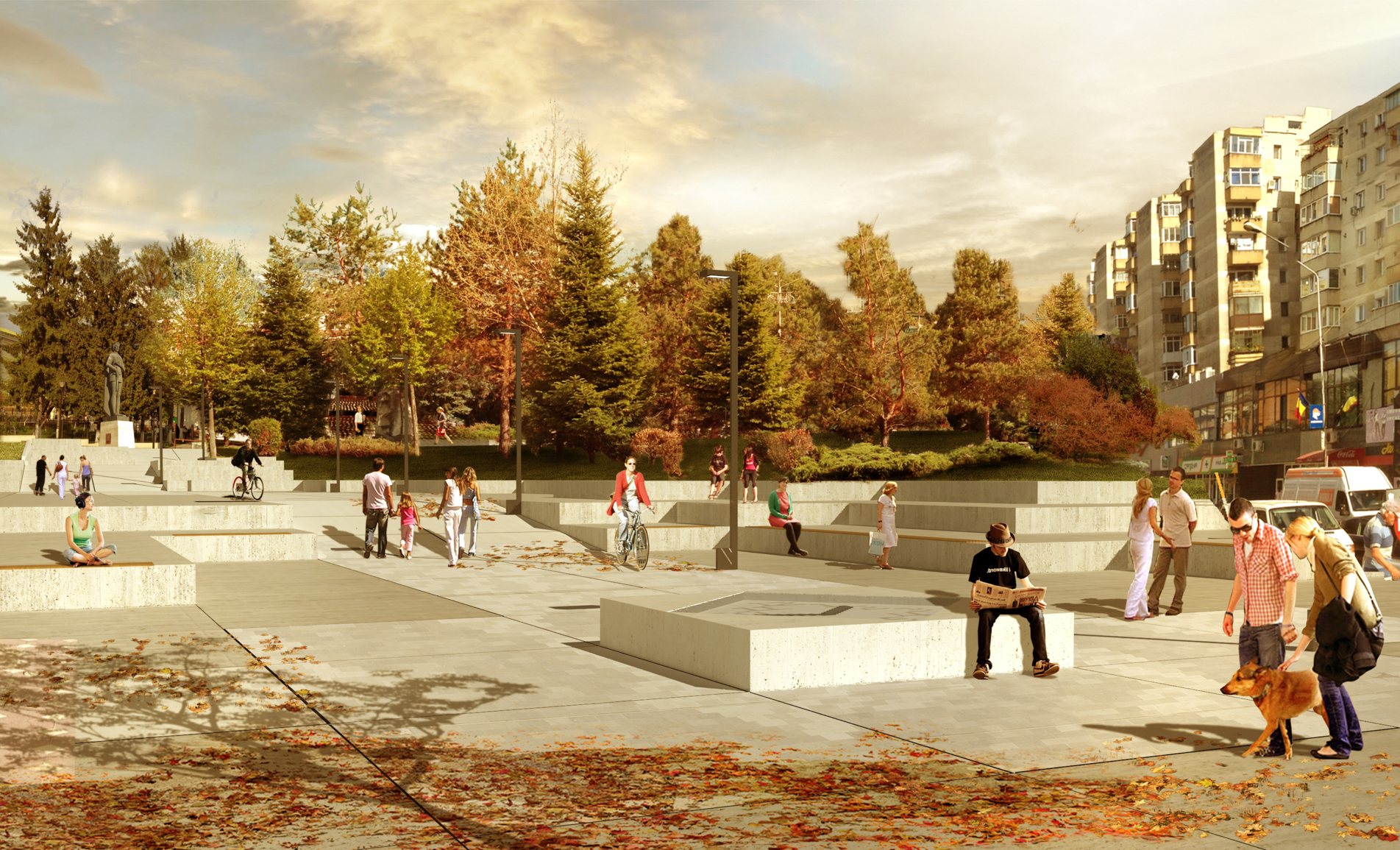 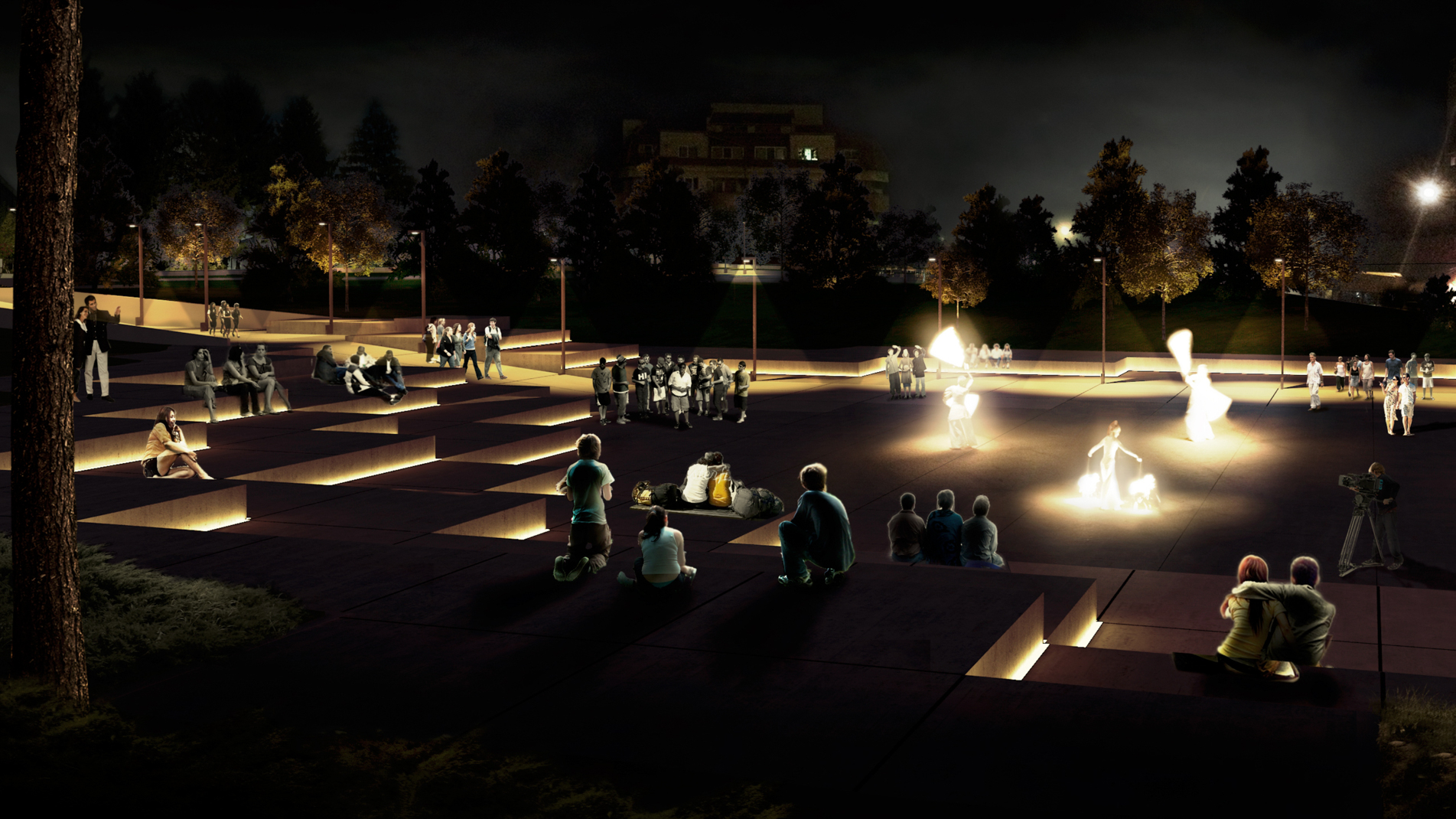 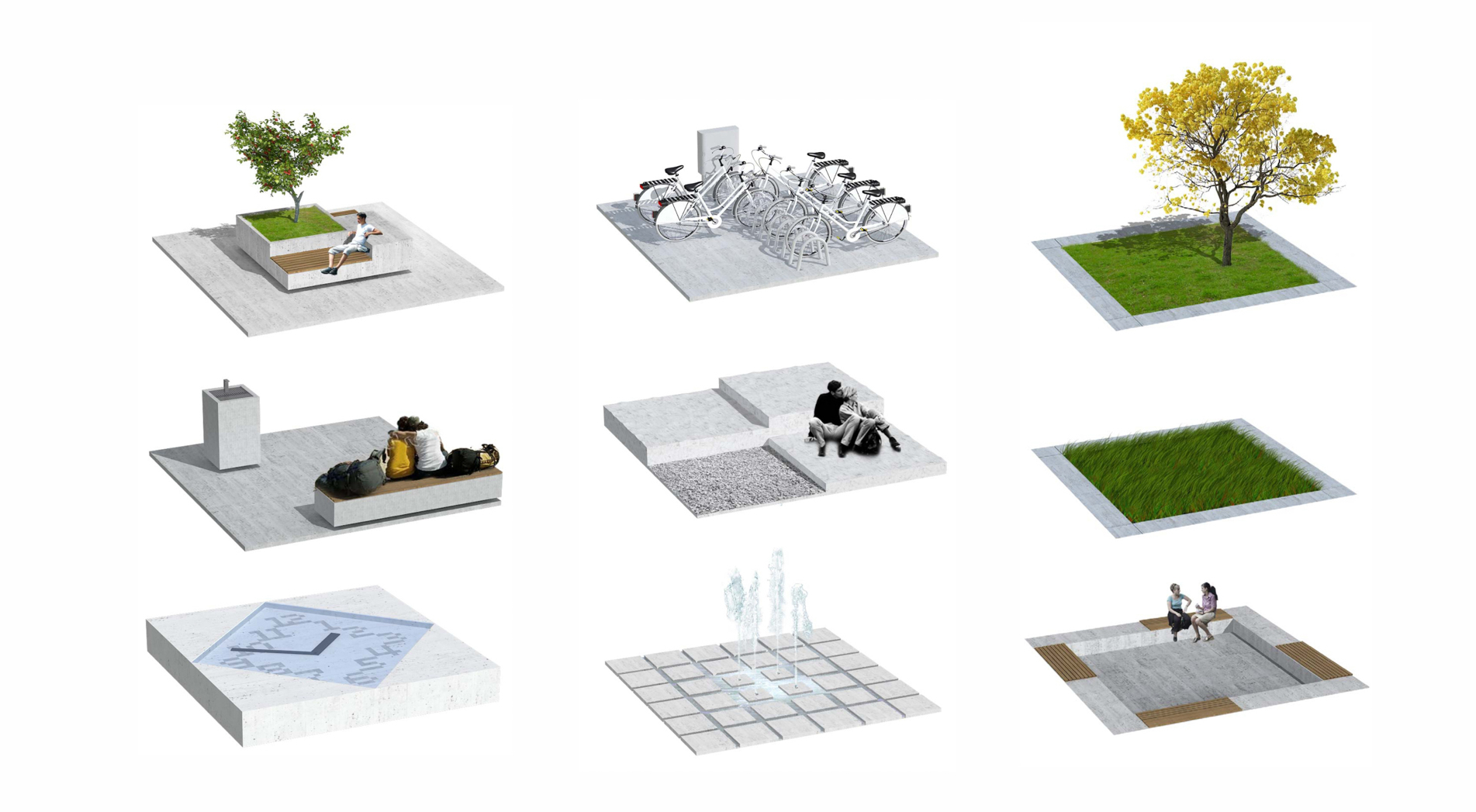 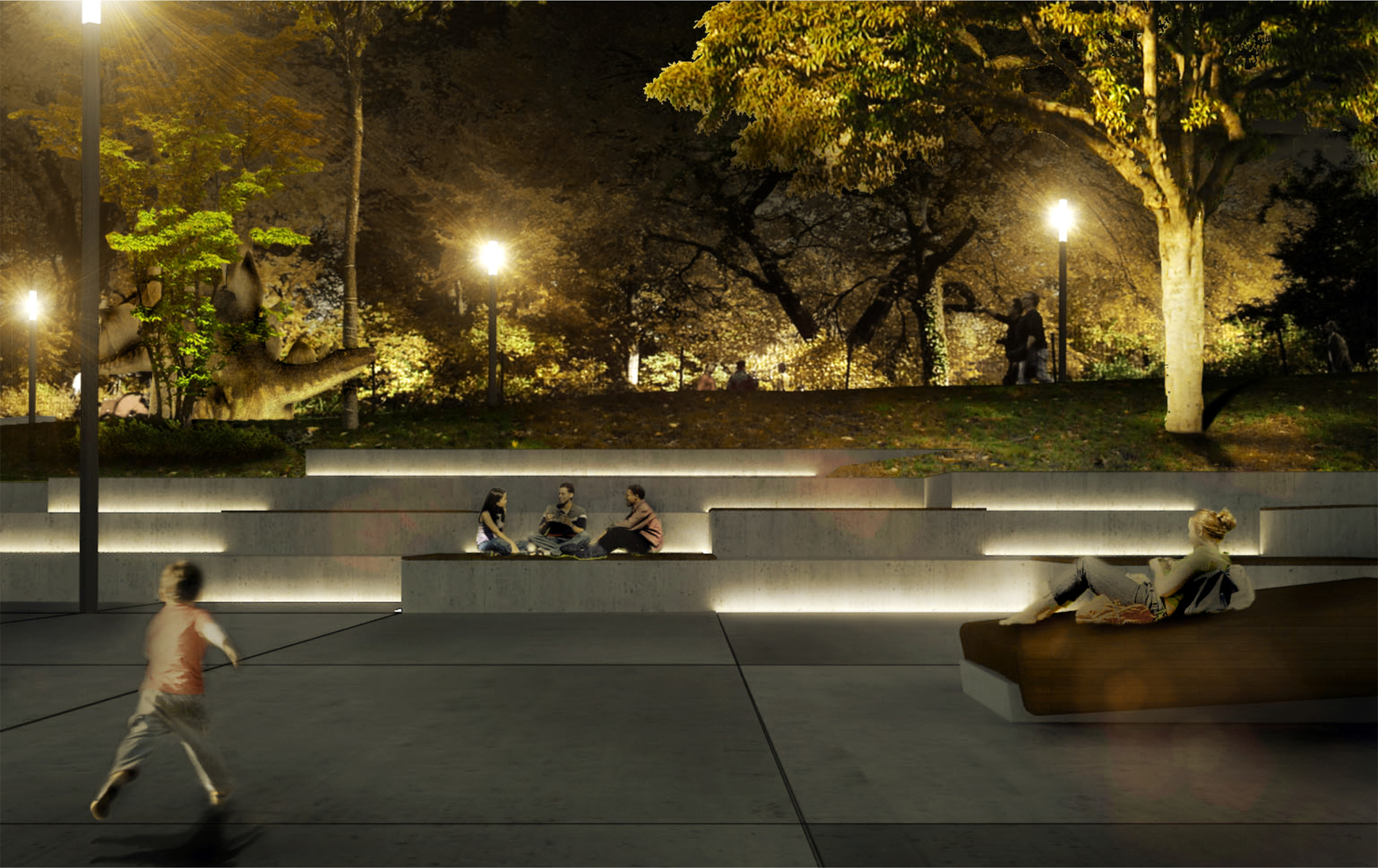 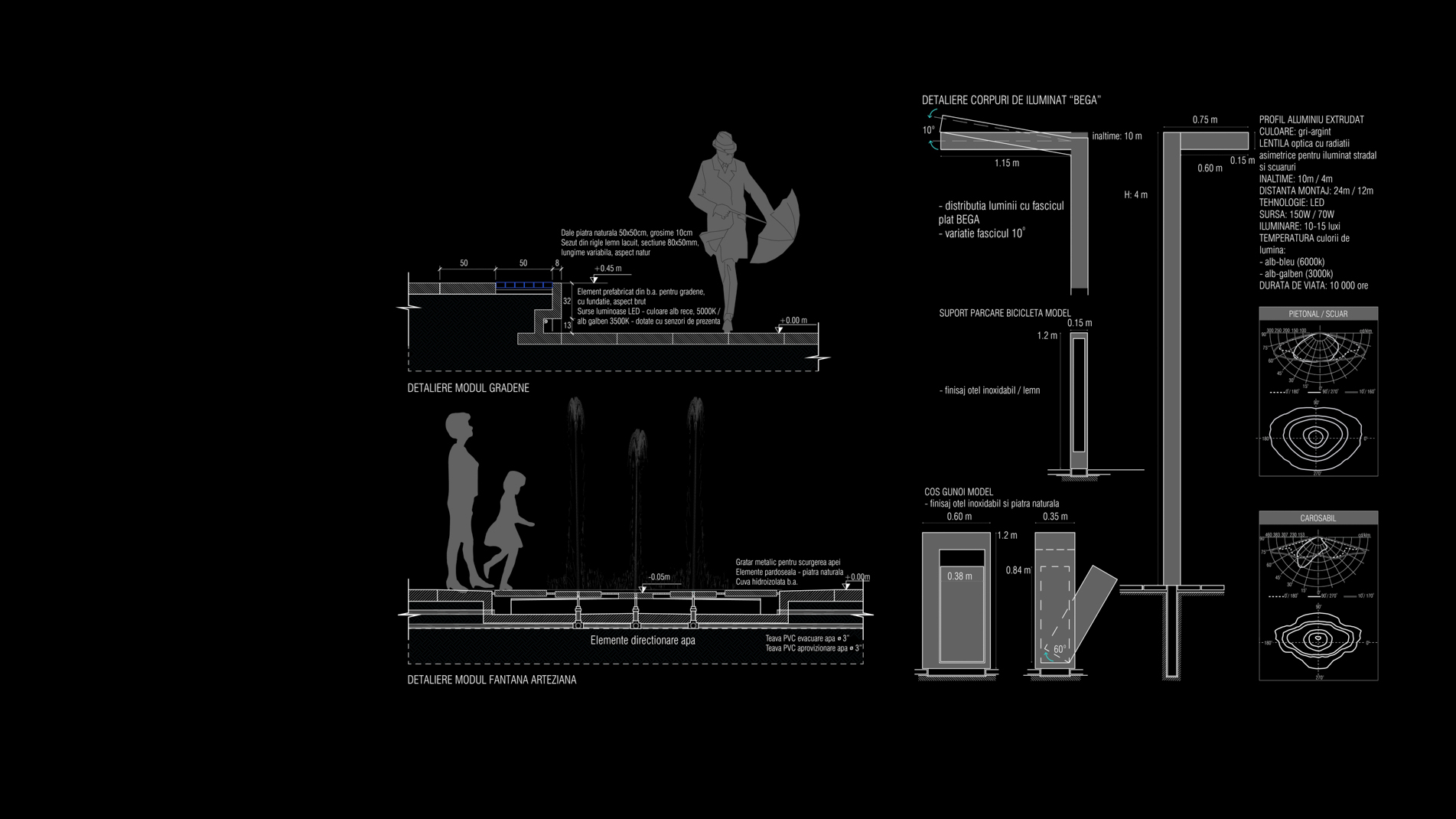