Home to the Extreme Light Infrastructure — Nuclear Physics/ELI — NP Project, the world’s most powerful laser, the town of Măgurele becomes a prominent international hub for the scientific community, a research and business center, with more than 1,000 Romanian and international researchers working and living there. In order to address all the development opportunities and needs, we annalysed 5 factors (environment and climate change, infrastructure and connectivity, social and economic structure, research and development, governance and territorial connections) and we offered an integrated VISION FOR 2035 over Măgurele and the surrounding localities:

Summer of 2035 has been a busy time in the Valley. With the inauguration of the new port facility, Southern Bucharest – the successful small towns’ cooperative that includes Măgurele – has completed its transport infrastructure and transformed the area into a European science and creative economies hub.

The last two decades have seen major transformations for Măgurele. Now it is an important physics advanced research centre, but also a regional technology powerhouse, attracting international players in pharma, optical engineering and industrial robotics fields. Building on its scientific identity, the town has also invested into a series of iconic facilities. Such is the Spectrum Science Centre, a former defensive fort that is now used both as a science museum for children and a conference venue for new technologies. Together with neighbouring towns, Măgurele has managed to develop the Valley Park, a major leisure area made of forests, wetlands, meadows and bike routes that also function as an alternative transit infrastructure throughout Southern Bucharest.

By far, the most important local event is the annual Science Fair, hosted in the Spectrum Centre. This transforms the entire town into a festival ground hosting an array of smaller connected venues. One such venue is the “Clinceni to Măgurele Laser Slalom”, a local sport, invented by the local “geeks”, that involves navigating student-built drones through a spectacular laser based obstacle course. 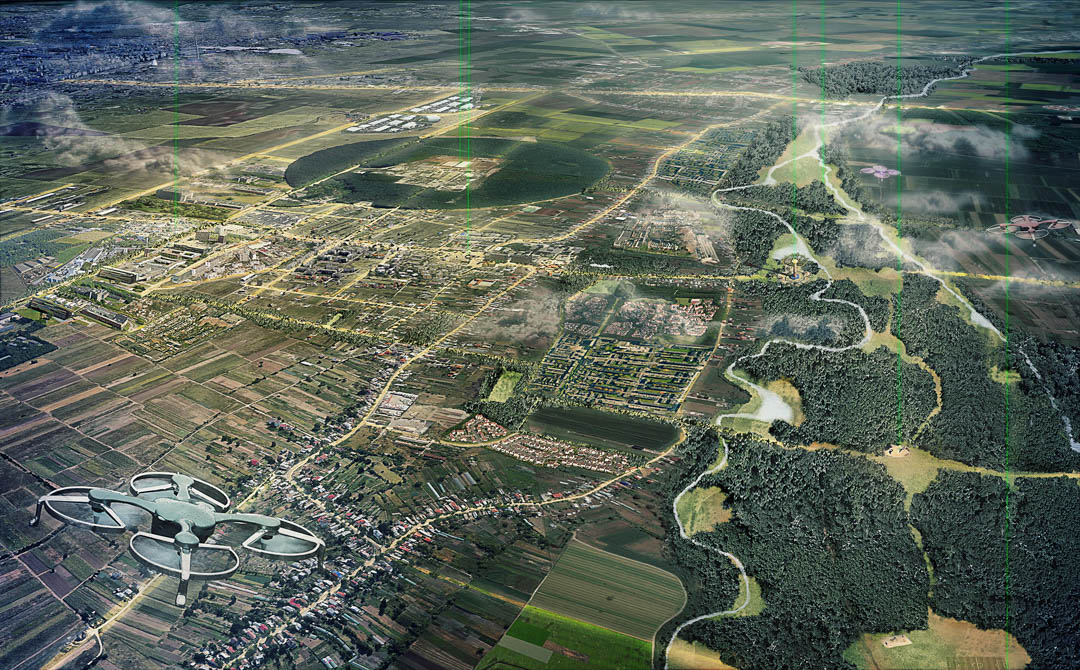 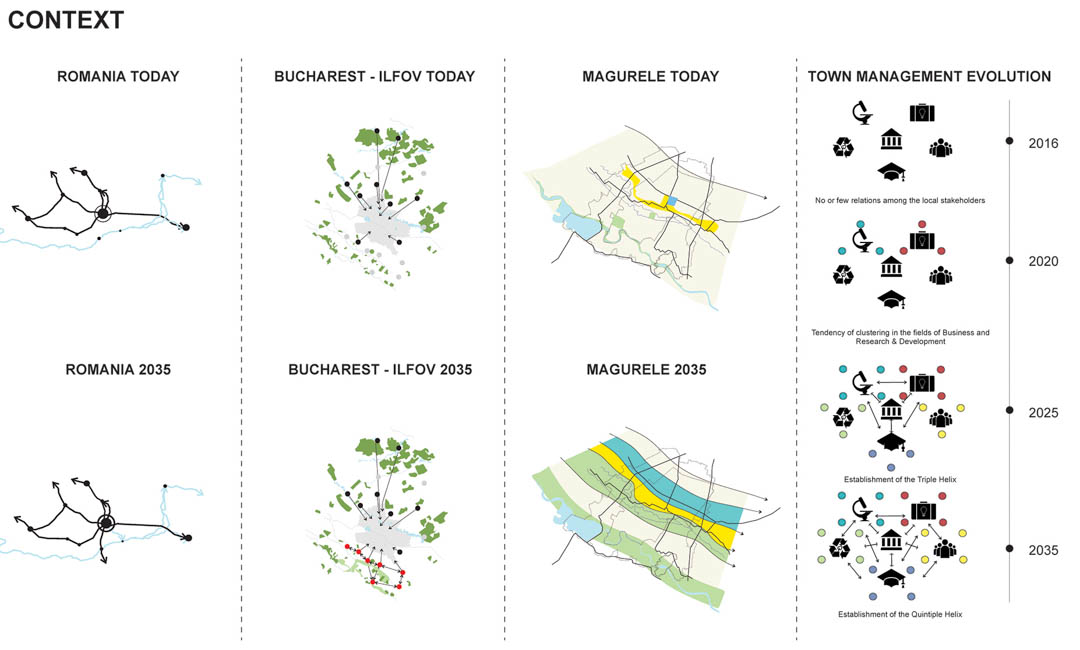 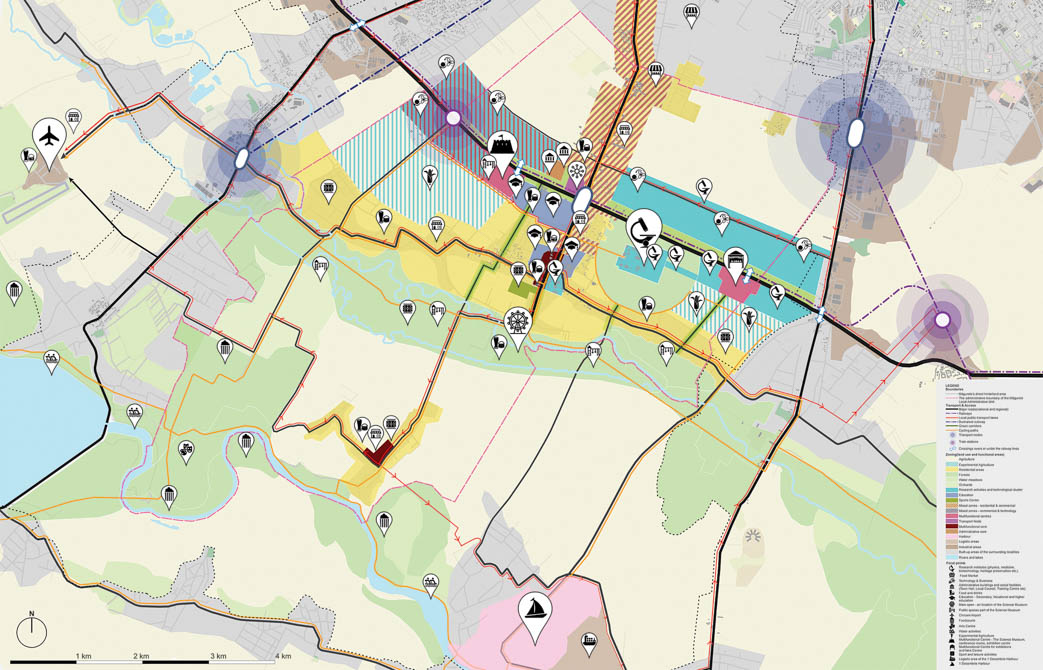 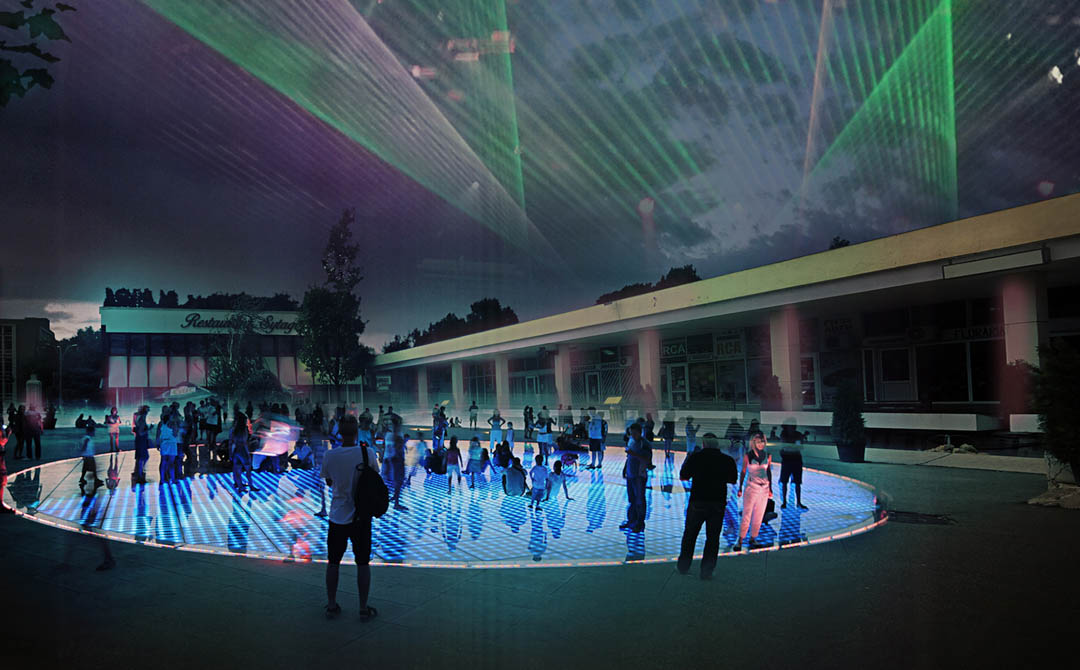